Jon Bowman serves as Director of Bands at Lowndes High School. He taught in several school systems in the state of Alabama before coming to LHS.  While serving as Director of Bands at Lowndes High School the numbers of the Marching Band have grown as high as 480 members while placing emphasis on the Concert Band programs.  Mr. Bowman oversees all aspects of the program which include the Lowndes High “Georgia Bridgemen” Marching Band, 3 Concert Bands, the Jazz Band, Varsity and Junior Varsity Winter Guards and Indoor Percussion.

Under Mr. Bowman’s direction the bands at Prattville never received less than superior ratings at District and State Assessment and the Marching Band received numerous Best in Class awards.

While in Prattville, Mr. Bowman served as an assistant to the Minister of Music at Heritage Baptist Church in Montgomery, Alabama. He is a member of Phi Mu Alpha Sinfonia, a past member of the Alabama Bandmaster’s Association, the Music Educator’s National Conference, and the National Band Association.

Jon is married to his beautiful wife Angee and has five children.  Taylor, Austin, Grace Ann, Tanner and Collins.

Michael E. Thomas is the Associate Director of Bands at Lowndes High School.  Previously, Michael served twelve years  as Director of Bands at Valdosta High School in Valdosta, Georgia. He earned his Bachelor of Music Education Degree in 1995 from Troy University and graduated with his Master of Science in Education Degree in 1999 also from Troy University. Mr. Thomas holds an Educational Specialist Degree in Educational Leadership from the University of Sarasota, in Sarasota, Florida.

Dr. Jefferson Grant serves as the Associate Director of Bands and Director of Percussion. Dr. Grant holds a Doctorate of Musical Arts degree in performance and music theory from The University of Southern Mississippi as well as a Bachelor of Music and Master of Music degree from Columbus State University and the University of Louisville respectively. His teachers include Dr. John Wooton, Dr. Greg Byrne, James Campbell, Brian Mason, Bret Kuhn, Troy Breaux, Dr. Frederick Speck, and Dr. Thomas Fraschillo.

He has performed with a variety of ensembles including the Spirit of Atlanta and Cavaliers Drum and Bugle Corps, Hattiesburg Civic Light Opera, the Lagrange Orchestra, Pensacola Symphony Orchestra, Mobile Symphony, Gulf Coast Symphony, Atlanta Symphonic Band, and the Dan Adams Band with whom he released one full-length album and one EP on the Kudzu Record Label.

Dr. Grant has served as a marching percussion consultant at many schools including Bands of America St. Louis Regional Champion Male High School (KY), 2005 Class A Indiana State Champion Paoli High School (IN), and on the university level at Auburn University, The University of Louisville, and The University of Tennessee, and in 2005 with the Memphis Sound Drum and Bugle Corps. While at Prattville High School, both of the Prattville indoor percussion ensembles won Gold Medals in 2010 as well as medaling every year at SCGC Championships .

Dr. Grant is an active arranger, adjudicator, and clinician. His articles have appeared in Percussive Notes, and he has presented clinics at the University of Louisville Percussion Symposium, Northwest Missouri State University music camps, National Conference of Percussion Pedagogy, The Alabama Music Educators Association State Conference and the Mississippi Bandmasters State Convention. Dr. Grant is also the co-founder of the Southeastern Percussion Festival (SEPF). Dr. Grant has served on the Board of Directors for the Southeastern Color Guard Circuit (SCGC) and is the former President–Elect of the Alabama Chapter of the Percussive Arts Society.

Mrs. Nguyen has been teaching for the past 6 years. Her low brass students have consistently been selected for All-State, All-District and honor bands. Mrs. Nguyen has worked as a clinician for the Auburn University Leadership Camp since 2016 and has also served on staff at the Smith Walbridge Clinics and the Music for All Summer Symposium. Most recently, she was the band director at Jemison Middle School. During her time at Jemison, the Symphonic Band attended Alabama Music Performance Assessment for the first time and earned straight superior ratings. Currently, Mrs. Nguyen is the band director at Hahira Middle School and a staff director for the Lowndes High “Georgia Bridgemen” marching band.

Mrs. Nguyen currently lives in Valdosta, Georgia with her husband Alex and their cat Goodwin. In her free time, she enjoys traveling, crafting, and attending Broadway musicals.

While at Auburn, he performed with the Symphonic Winds, Concert Band, AUMB, Pep Band, Jazz Band, AU Singers Band, AU Community Orchestra, and the East Alabama Community Band. Mr. Nguyen has performed with the Jazz Band at the Alabama Music Educators Association In-State Conference and as a soloist with the AU Community Orchestra for the Biannual Concerto Competition. He was also a founding member of the Alabama Voices. 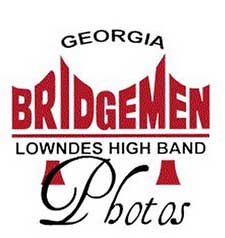